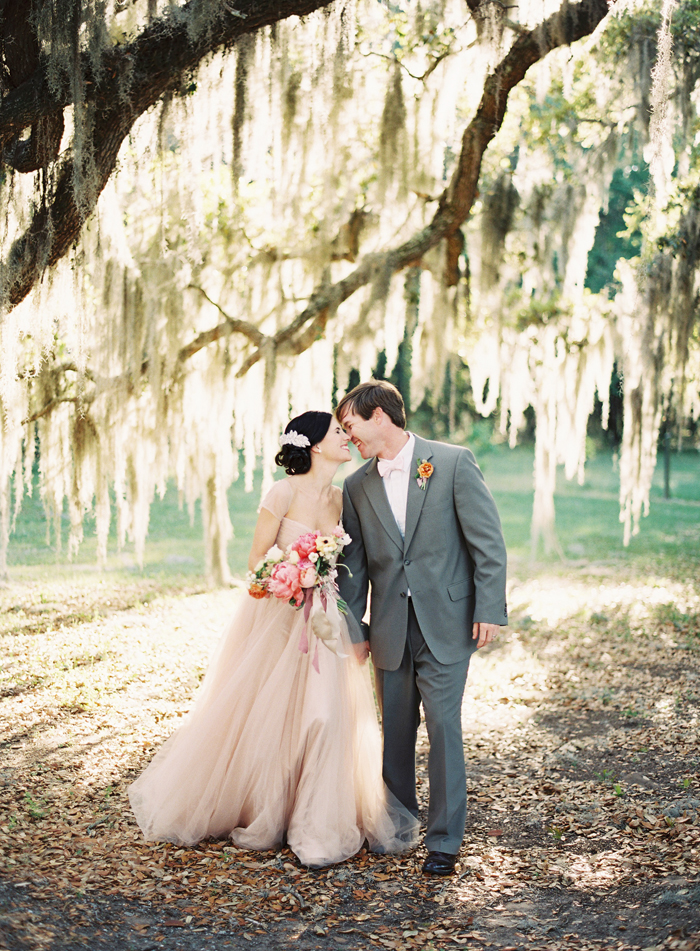 My favorite memory from one of my Savannah weddings is of a guest from New Jersey.  New Jersey can’t be any further from Georgia if you picked it up and put it on the other side of the world.  They might as well not even belong to the same country.  The Bride’s family is from the south and the groom’s from the north.  This particular guest was an aunt of the groom’s.  I was well warned beforehand that she would be very loud, opinionated and even a little overbearing.  She told me before the ceremony that she wasn’t going to like anything about the day because of the “Un-Godly Heat” and demanded to know who in their right mind would want to live south of Hell.  This, my friends is the kind of stuff you just can’t make up!  I love it though.  I couldn’t help but laugh.  I gave her a cool wipe and told her all my secrets for staying as cool as a cucumber.  We put peppermint oil on the back of her neck, handed her a paper fan and told her to go to the ladies room and put cool wipes in her bra.  She came back feeling slightly more at ease but told me that if the ceremony didn’t start on time (we all know it never does) that she was just going to keel over in the aisle of heat stroke.  Mind you… this was May. Early May.  We’re talking an 85 degree day with a cool breeze off the river and relatively low humidity.  What was a girl to do?  I knew the bride and groom hadn’t even arrived yet from their first look in Forsythe Park.  So… I introduced her to the Bourbon Bar.  I led her over to it and she said… What’s this.  I said it’s Bourbon Aunt Sally… We’ll call her Aunt Sally.  She said Oh NO!  I don’t do bourbon.  I only drink Franzia.  OH MY GOD!!! Is that the stuff in the box?!  I think I snorted.  I looked at her and said not here you don’t.  We’ll get you some Rose later but right now you need a good old heaping mess of Bourbon.  She was skeptical but I insisted she’d love it and it would keep her cool.  3 sips of her super sweet julep and she was calmly sitting in her seat in the shade fanning herself.  During cocktail hour she pulled me aside and asked me for another providing I didn’t tell her husband.  Of course I brought her one immediately and it was starting to look like I had made a new best friend.  By dinner she was declaring it had gotten chilly and was the most compliant, sweetest woman you had ever met.  Savannah had creeped into her soul and settled there.  The wedding was a smashing affair and so lively!  We said farewell to the happy couple and guests went their separate ways and right as I was turning to go in and begin to clear everything up I feel a hand on my arm.  She had come to give me a big ole’ hug and tell me goodnight.  You should have seen the look on her husband’s face when she told me “ Goodnight Darlin’ ” in the most perfect southern accent you had ever heard.  I loved it. It totally made my night.

If you want to hear more about my favorite weddings just send me a love note!